The Blues have been conceding goals galore in recent weeks and shipped another three in Rome as they suffered a heavy Champions League defeat
Chelsea’s defence was again left in ruins in Rome on the night of Halloween as Stephan El Shaarawy provided the frights and Antonio Rudiger endured a horror show with a shocking mistake.

The Blues were 1-0 down after just 39 seconds following an unstoppable El Shaarawy strike from outside the area – and things just went from bad to worse for the English champions from there.

Chelsea’s defence made individual and collective errors throughout the game. David Luiz made a howler on the half way line shortly before Rudiger’s big mistake allowed El Shaarawy to score his and Roma’s second on the night. The German defender completely misread the flight off the ball, allowing the Italian to dart in and score.

That left Chelsea with an almost impossible task and Diego Perotti made it 3-0 with another good long range strike after Cesc Fabregas had given the ball away cheaply in midfield.

Chelsea have been horribly vulnerable at the back in the recent matches versus Roma (twice), Crystal Palace and Watford.

They remain in a strong position to qualify for the knockout round after Atletico Madrid failed to beat Qarabag at home but they don’t look like contenders to win the competition. 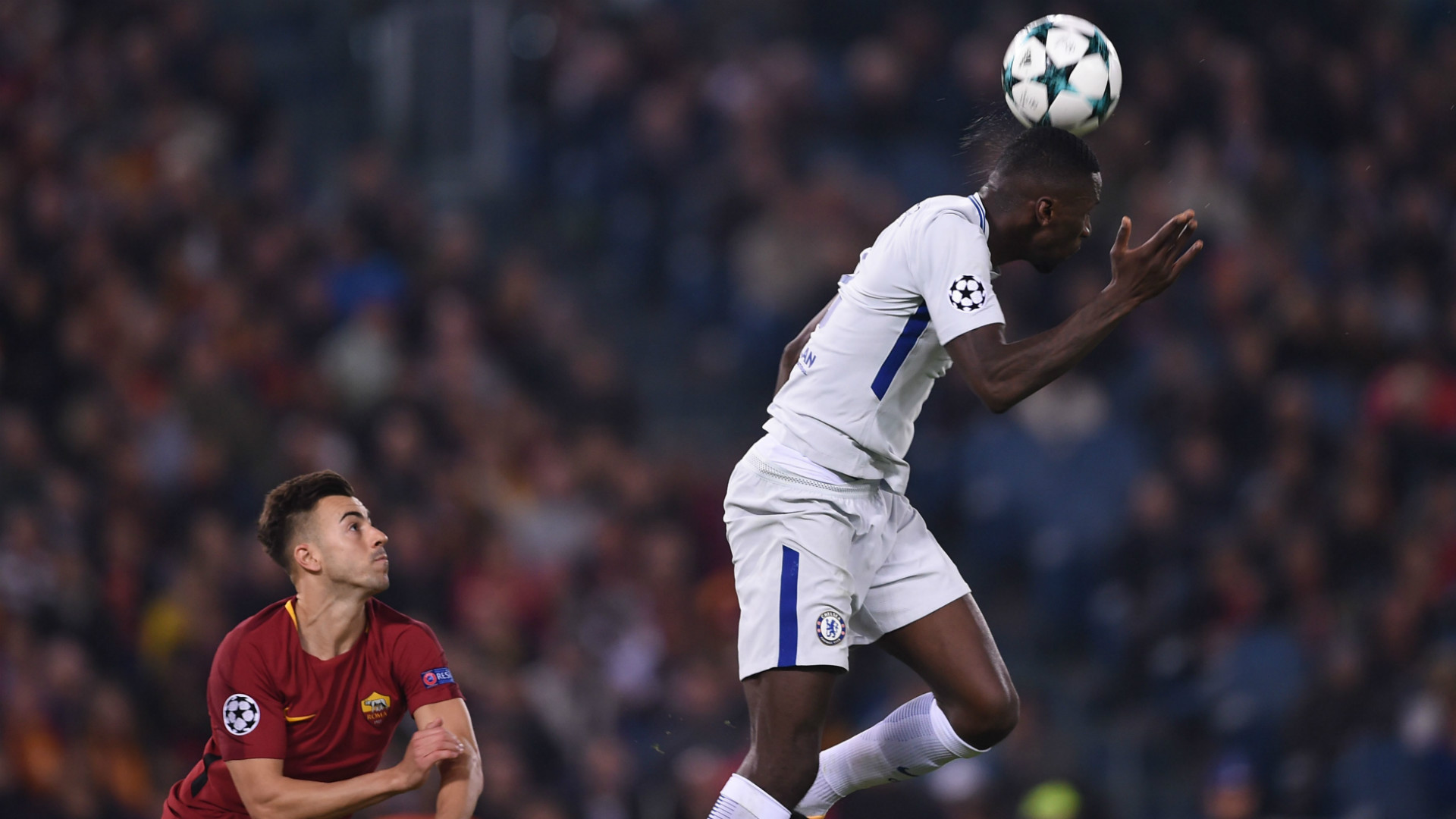 Their defensive issues have come as a result of many factors but the loss of N’Golo Kante has been huge. It has impacted the balance of the side which has, in turn, made good players look ordinary.

Using the 3-4-3 formation away in Rome was perhaps too bold for a side that isn’t at its best. Chelsea’s defence was strong last season but having to compete in three competitions has left the squad stretched and tired.

In midfield, Tiemoue Bakayoko and Cesc Fabregas have completed almost every game this month despite the duo not building any form of chemistry together. Danny Drinkwater has returned but isn’t properly fit having barely played any football since May with his old club Leicester City.

Marcos Alonso is undroppable at left wing back and is jaded, while Cesar Azpilicueta also needs a break. Some may argue that Davide Zappacosta, Michy Batshuayi and Andreas Christensen are under-utilised but Conte has been cautious about using his less experienced squad players.

Kenedy is Alonso’s deputy but it is clear Conte doesn’t trust him. Zappacosta is only used by Conte against smaller sides and therein lies Conte’s biggest problem – he only trusts a handful of experienced players and they are running out of energy.