With every goal Harry Kane scores and every point Real Madrid drop, the prospect surely becomes ever more attractive at Santiago Bernabeu?

And Saturday was just the kind of day to bring the stark reality of Real Madrid striking problems into focus. They rained 28 shots down on Villarreal’s goal and emerged with nothing to show for their rewards.

A late sucker-punch condemned the European champions to their fourth league defeat of the season and left Zinedine Zidane facing a crisis he’s never faced before.

They are 16 points behind Barcelona and even Toni Kroos is saying the height of their domestic ambitions is merely re-qualifying for the Champions League. 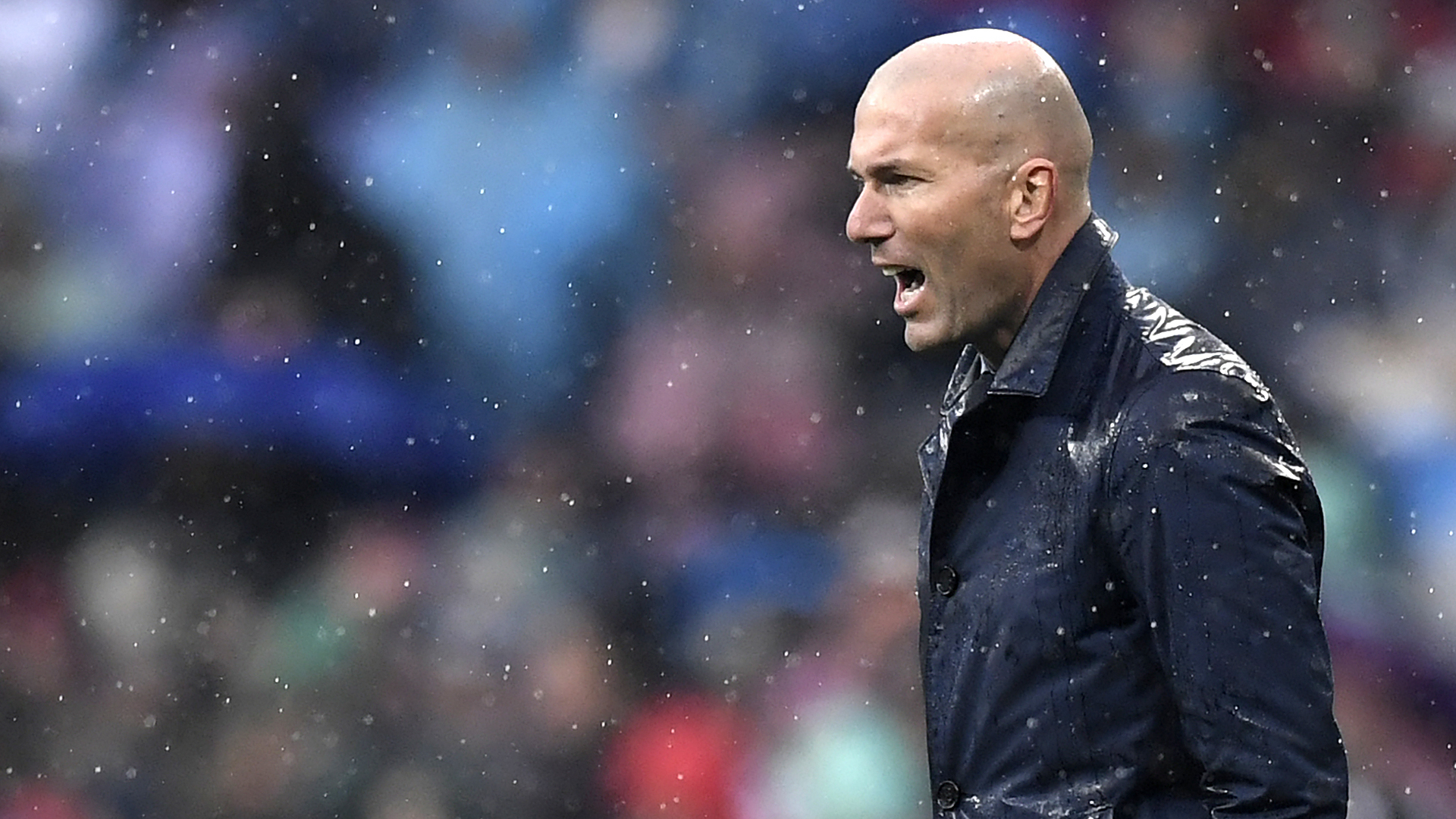 Zidane looks around and realises that there does not appear to be a solution to Madrid’s ills from within the squad. Sure, the return of Sergio Ramos might tighten them up at the back but that’s not where the issue has been.

Gareth Bale and Cristiano Ronaldo formed an ineffective partnership against Villarreal, toiling fruitlessly up top. Not for the first time this season, Real lacked a cutting edge.

No Real Madrid player has scored more than four measly goals in league competition – a shocking statistic and one which is likely to condemn them to disappointment come the end of the season.

Worse still, if their current malaise leaks into their Champions League campaign, then Zidane could quickly find himself out of a job.

Paris Saint-Germain were among the best-performing clubs in the group stages and Neymar and Co. will be relishing tucking into this wounded animal next month.

Madrid seem to be able to get by on muscle memory at times in the Champions League but the natural rhythm bestowed upon them by Zidane’s simplified style has now deserted them.

They do not have the quality of individual performance – from Bale or Ronaldo, or anyone else for that matter – to fall back on. They look doomed. 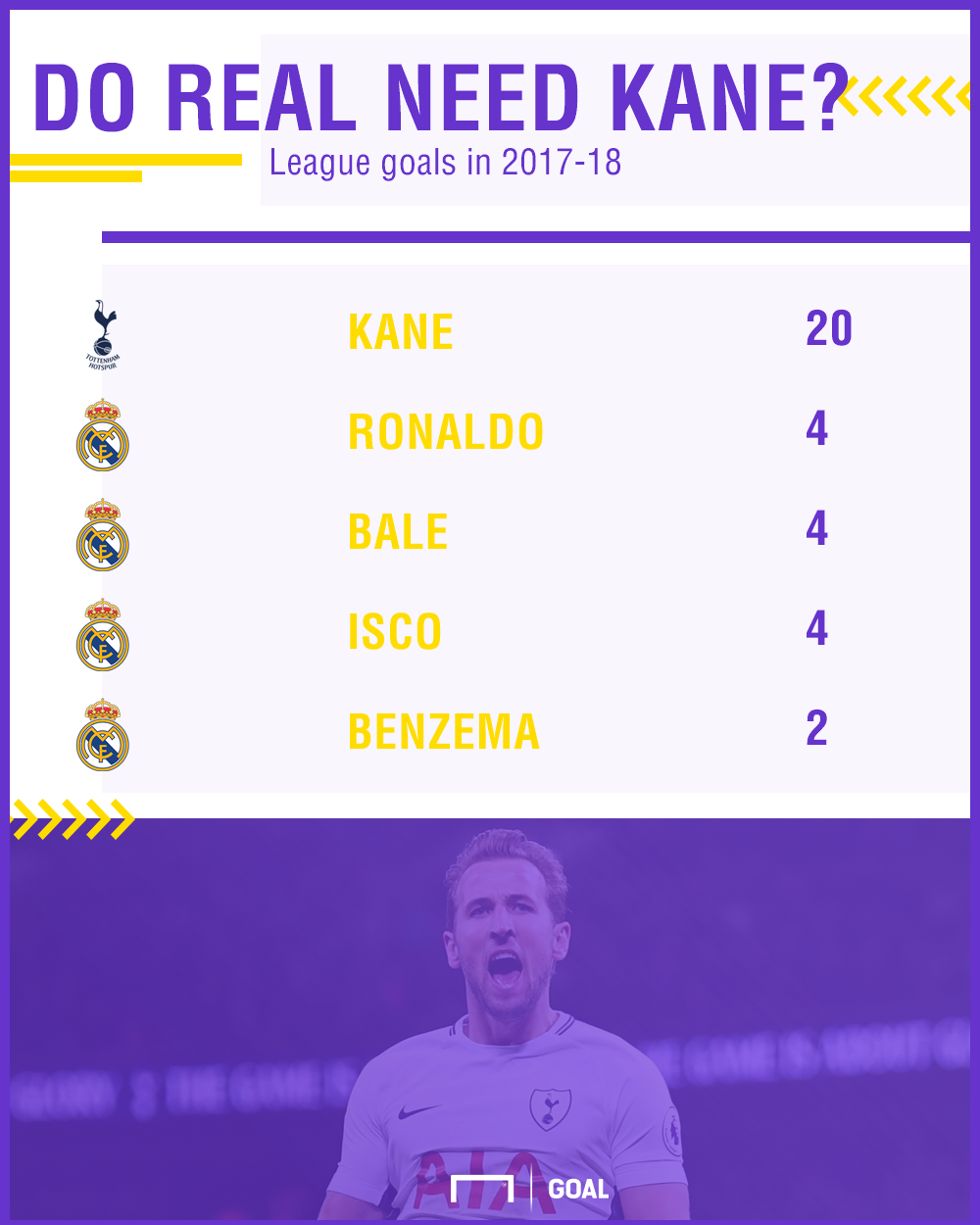 So, despite what Tottenham chairman Daniel Levy says, the Kane links just won’t go away. The Madrid media and even some in England now see Kane as a Galactico-in-waiting.

Madrid have been in this market before and brought in Luka Modric and Bale, two players who have helped themselves to three Champions League titles in the last four seasons.

Levy stated before Saturday night’s dismantling of Everton at Wembley that he is confident all Spurs’ stars will be still at the club for the big kick off at their new White Hart Lane home next season.

Contract negotiations are reportedly progressing nicely with Son Heung-min and Christian Eriksen currently, and further talks are planned with Kane to bump up his salary in order to ward off his many suitors.

Son, here, was the best-in-show, supplying the opener and given Kane a tap-in for his first, but it will be the England man who again walks away with the headlines.

He scored his 20th goal of the season – the first player to reach that milestone this term – and became only the third forward after Alan Shearer and Thierry Henry to score at least 20 in four consecutive Premier League seasons.

Spurs are not big wage spenders like Manchester City or Manchester United and have come under increasing pressure to give their starters closer to their true market worth. It is well known that Kane could make more more elsewhere – not least the Bernabeu, where he would step into an immediate starting role.

But this is supposed to be a new Spurs. If you’re looking for a selling club in north London these days, you’d be advised to check down the other end of the Seven Sisters Road at the Emirates. Manager Mauricio Pochettino plans on keeping this group together for the long term. 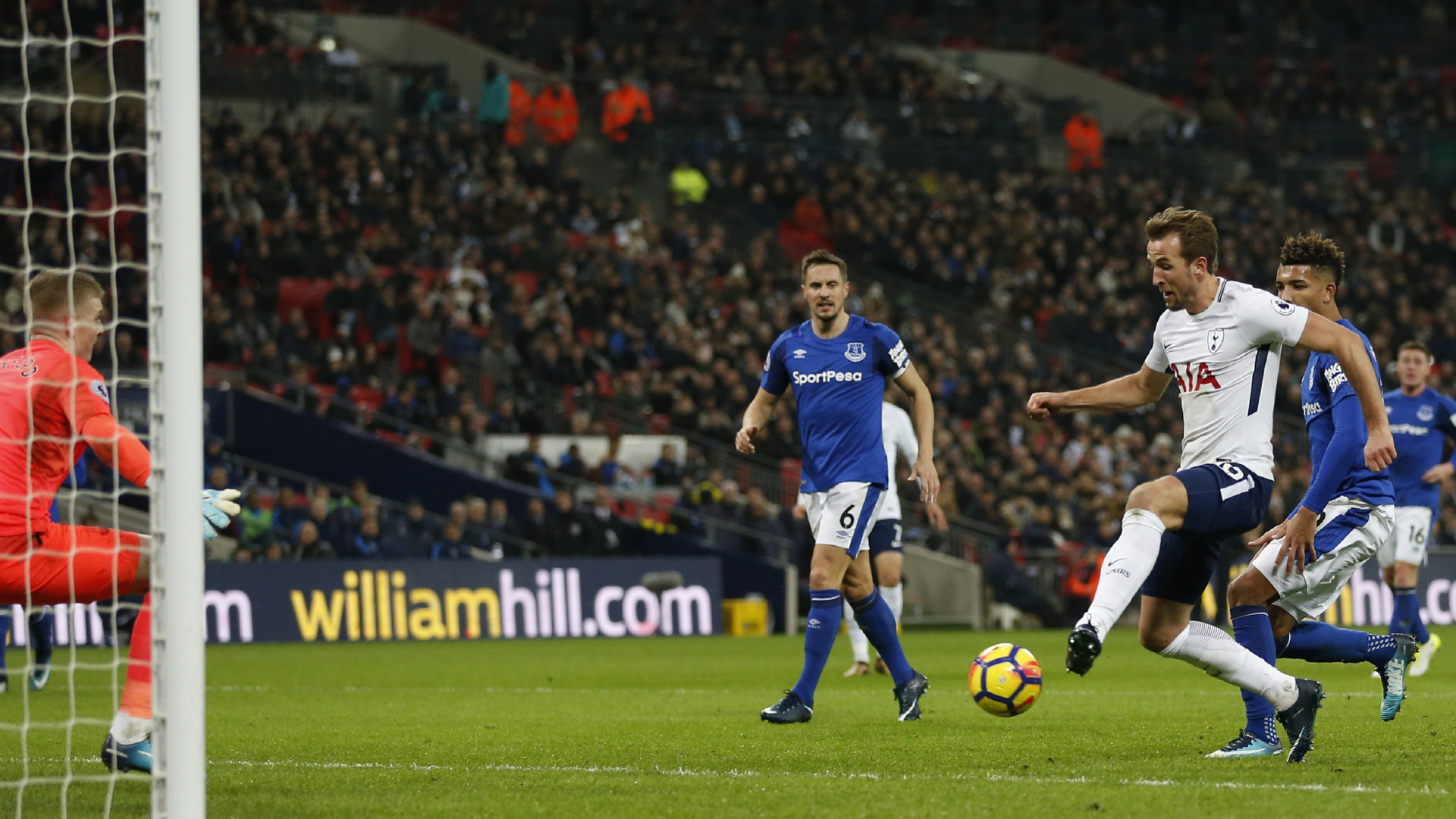 The club are quite adamant that Kane is going nowhere but there is a world of difference currently in the ambitions between one white club and the other.

Kane stated last week that he would stick around so long as it looked likely that Spurs would challenge for trophies. It would appear the Premier League title is out of sight for all bar Pep Guardiola this season, while Juventus must be overcome in the Champions League last 16.

Maybe Kane fears becoming like Alexis Sanchez at Arsenal and one day waking up and realising he’s 29 and has won nothing of significance with the club.

To counteract that, Spurs have got to show they are serious about success. If not, well, then Kane is good enough now to get it elsewhere.

He exudes confidence and as his second goal here showed he can even miskick the ball and still watch it go in.

That was his 98th league goal for Spurs – a club record – and more evidence that he is the complete package.

He is exactly what Madrid need but unfortunately for Zidane it’s too late to save his skin.