Elephant poaching drops in Africa but populations continue to fall

Elephant poaching in Africa has declined for the fifth year in a row, experts have said.

But elephant populations continue to fall due to illegal killing and other human activities, while seizures of large-scale illegal ivory shipments were at record highs in 2016, a new report reveals.

In east Africa, where elephant populations have nearly halved in a decade, illegal killing has dropped back to pre-2008 levels.

In southern Africa, elephant numbers are stable or increasing, but in central Africa illegal killing remained very high, the report from the Convention on International Trade in Endangered Species (Cites) said. 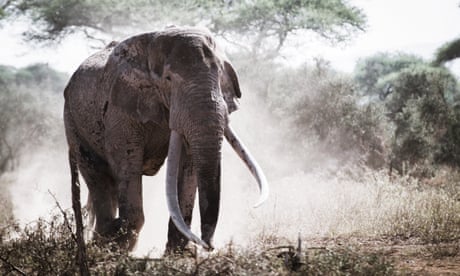 ‘If we stopped poaching tomorrow, elephants would still be in big trouble’

The report also revealed that global illegal ivory trade transactions remained as high as in the previous years, which could be down to a panic sell-off by traffickers as domestic bans come into place in key countries.

With the US, China, the UK and Hong Kong among countries implementing or planning the closure of domestic ivory markets, there are also reports that the price of ivory has plummeted

But there is also evidence that ivory is being processed in Africa for Asian markets, with smaller volumes of “worked” ivory already made into ornaments which can be carried through air check-in and carry-on luggage or by couriers.

John Scanlon, general secretary of Cites, said: “Eastern Africa has been badly affected by the surge in poaching over the last 10 years and has experienced an almost 50% reduction in elephant population.

“There has, however, been a steady decline in poaching levels since its peak in 2011, and the analysis from 2016 concludes that overall poaching trends have now dropped to pre-2008 levels. This shows us what is possible through sustained and collective frontline enforcement and demand reduction efforts, coupled with strong political support.”

Scanlon said the rising amount of illegal ivory being seized could be down to more enforcement, a time-lag between poaching and trafficking, or stockpiles entering the illegal trade. 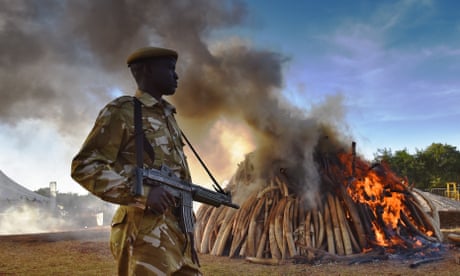 ‘They’re like the mafia’: the super gangs behind Africa’s poaching crisis

“But the spike in seizures of illegally traded ivory in 2016 may also be an indication that ivory trafficking has been influenced by the prospect of greater controls, the imminent domestic ban in several countries, and anticipation of continued drop of price.

“As a result, international syndicates behind poaching and smuggling may be involved in a panic sell-off as they realise that speculating on extinction was a bad bet, with an ever-increasing risk of getting caught,” he added.

Colman O’Criodain, WWF’s wildlife policy manager, said: “The news that poaching is in decline may appear positive, but the reality for elephants is far more complex.

“While some regions are showing promising signs that frontline efforts to prevent poaching are working in hotspots such as Central Africa, the killing of elephants for their tusks continues unabated.”

He said that while strides were being made to close legal ivory markets, the emphasis now was on enforcing such legislation and closing loopholes that allowed trade to continue.

“With an average of 55 elephants being killed every day, there is no time to waste; we must act now,” he urged.